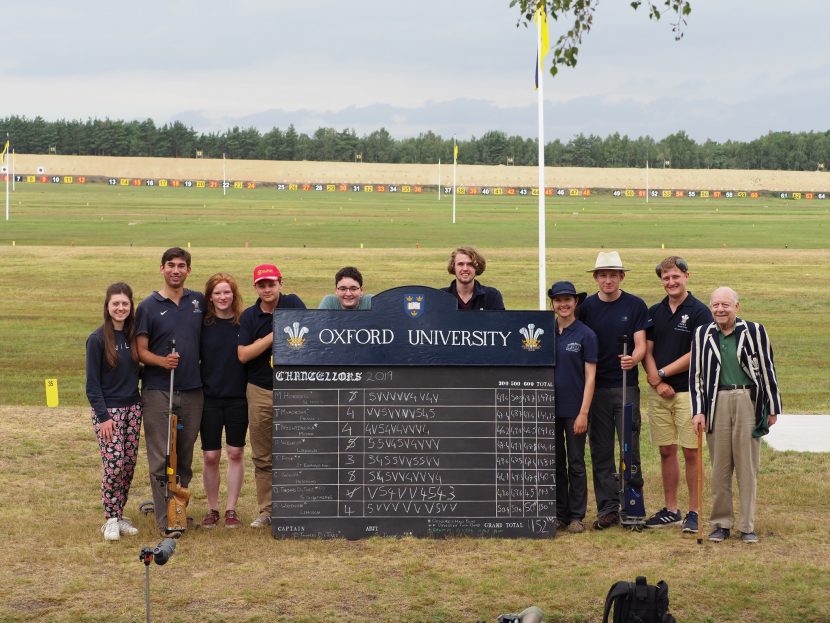 One week on from the end of the 150th Imperial meeting, and the members of OURC have just about recovered enough sleep to remember the events of the fortnight. Shooting kicked off with the start of the Hopton on Friday 12th July, as six members of the club cracked out the match rifles to test their long range wind reading: a challenge as it turned out, with tricky winds generally (and unusually for Bisley) coming from the right of the range causing havoc for many experienced shooters. While Nick Tremlett left little individual success to go round for anyone else, the club, under Katherine Lightbown’s leadership as MR Captain for a last time after a heroic four-year stint, put in a creditable performance in the FW Jones, beating the National Rifle Club of Scotland and coming in only one point behind a crack team of MR Ladies, and seven behind CURA — a lead that sadly Cambridge extended to 21 in the Humphrey, with a strong 1200 yards pulling them ahead of us (having been seven points ahead after 1000 and only nine after 1100). Kate Foye was the top Oxford shot in the Humphrey, with 210.14v, while Michael Horrell was the highest placed OURC member in the Hopton — congratulations to them both. Mention should also go to recent alumna and last year’s secretary Hattie Mansell, who was the top tyro in the Armourer’s and won 500 Sierras for her strong placing in the Hopton. And shooting apart, the Hopton once again proved itself one of the great events of the British social calendar, with a fine array of raffles, barbecues, and strawberries in trophies keeping all entertained. 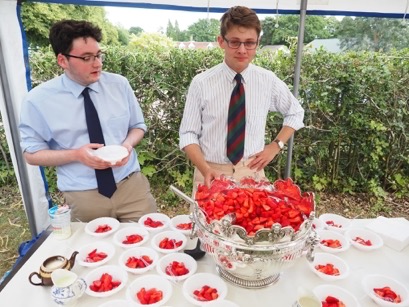 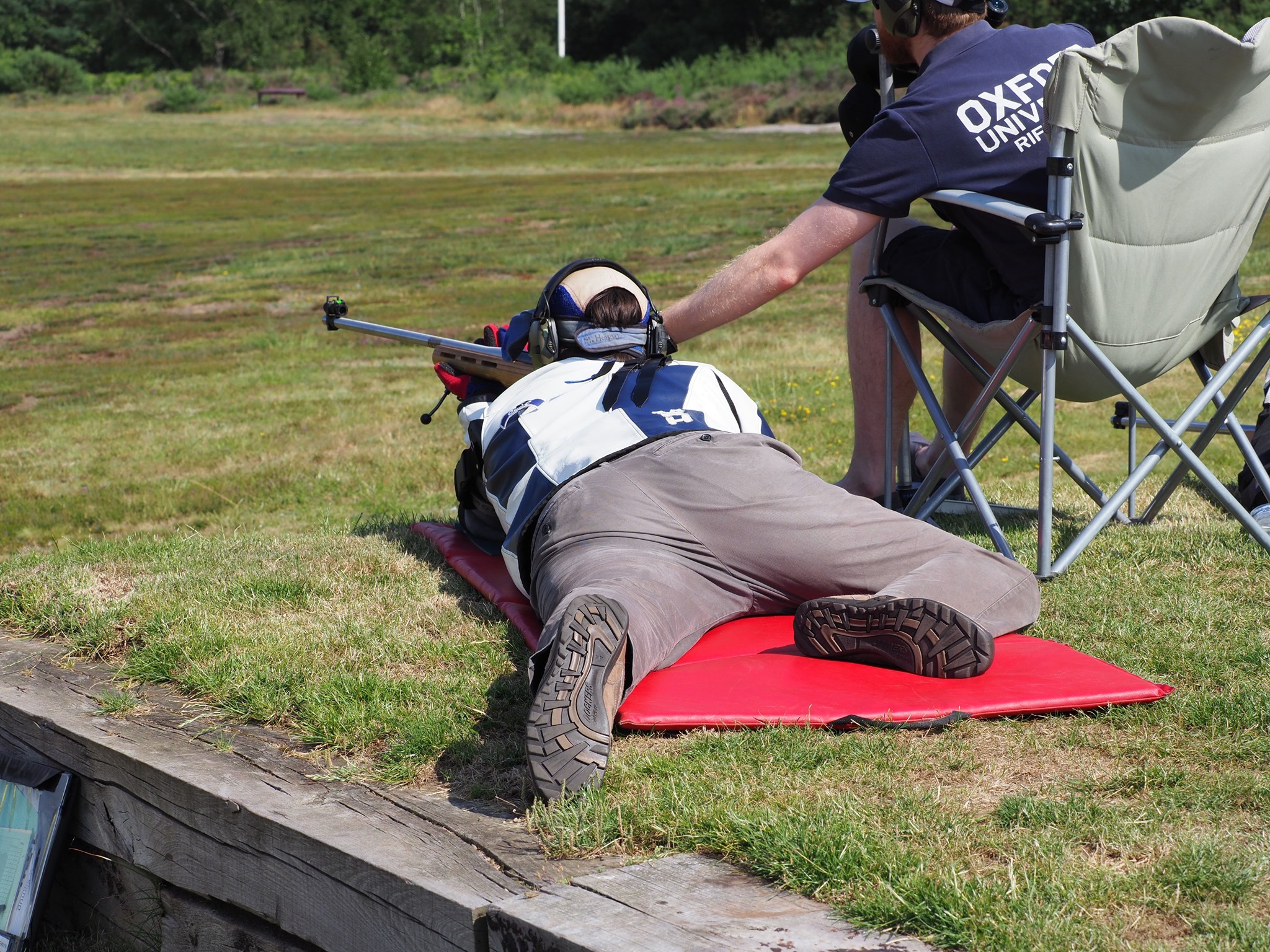 All too soon, however, it was over — as, in a flash, was the pre-Grand, and then the Grand was upon us. Some members of the club saw teething troubles in the conversion from match rifle to target rifle — one day I will learn which way to wind the sights — but the meeting as a whole saw some considerable success. An under-25 team captained by Thomas Nightingale struggled through 38º heat to place third in the special Imperial 150 match (2&15s at long range, 2&10s at short range, with shoots at all five distances), while Daniel Thomas du Toit led the university to its second-highest Chancellors’ score ever (amid more bearable conditions following a thunderstorm overnight), only falling six short of Cambridge with 1152.115v to their 1158.111v. Particular congratulations must go to Russell Woodger, who put in three possibles to come off with 150.18v, three points ahead of anyone else from Oxford or Cambridge. With every member of the VIII shooting above 140, the future looks bright indeed. Success, too was found in the Universities Long Range, where the A team, coached by John Webster, came a strong second, while the B team was only two points off coming third — clearly both were buoyed by Michael Horrell’s performance in the George’s final just beforehand, in which he came 35th, X-ing himself for a second year running. Russell Woodger performed tremendously throughout, with his 54th place in the Grand making him not only the club’s highest scorer but also the top under-23, winning the Olle Beckett Memorial Trophy (first ever winner David Luckman — we expect great things!) and winner (pending final confirmation) of individual BUCS. Most importantly, he scored the single hit which swept Oxford to victory in the Roads Cup! Both Michael Horrell and Jonny Page shot for Oxfordshire in the Inter-Counties, while Russell shot for Sussex, Tsvetana Myagkova for Gloucestershire, George Twinn for Essex and Chloë Jacklin for Lincolnshire. Dominic Wilks was a reserve for Wales in the National match, and for Oxfordshire in the Inter-Counties. Congratulations to Dom Wilks and Thomas Nightingale for winning their half-blues, and particular thanks to David Bentata for his continued support, Hattie Mansell, Sam Jauncey, Sam Hunting and Jacob-Jude Parsons for their assistance and company over the meeting, as well as to the English VIII for continuing to allow us to use the clubhouse. Roll on next year! 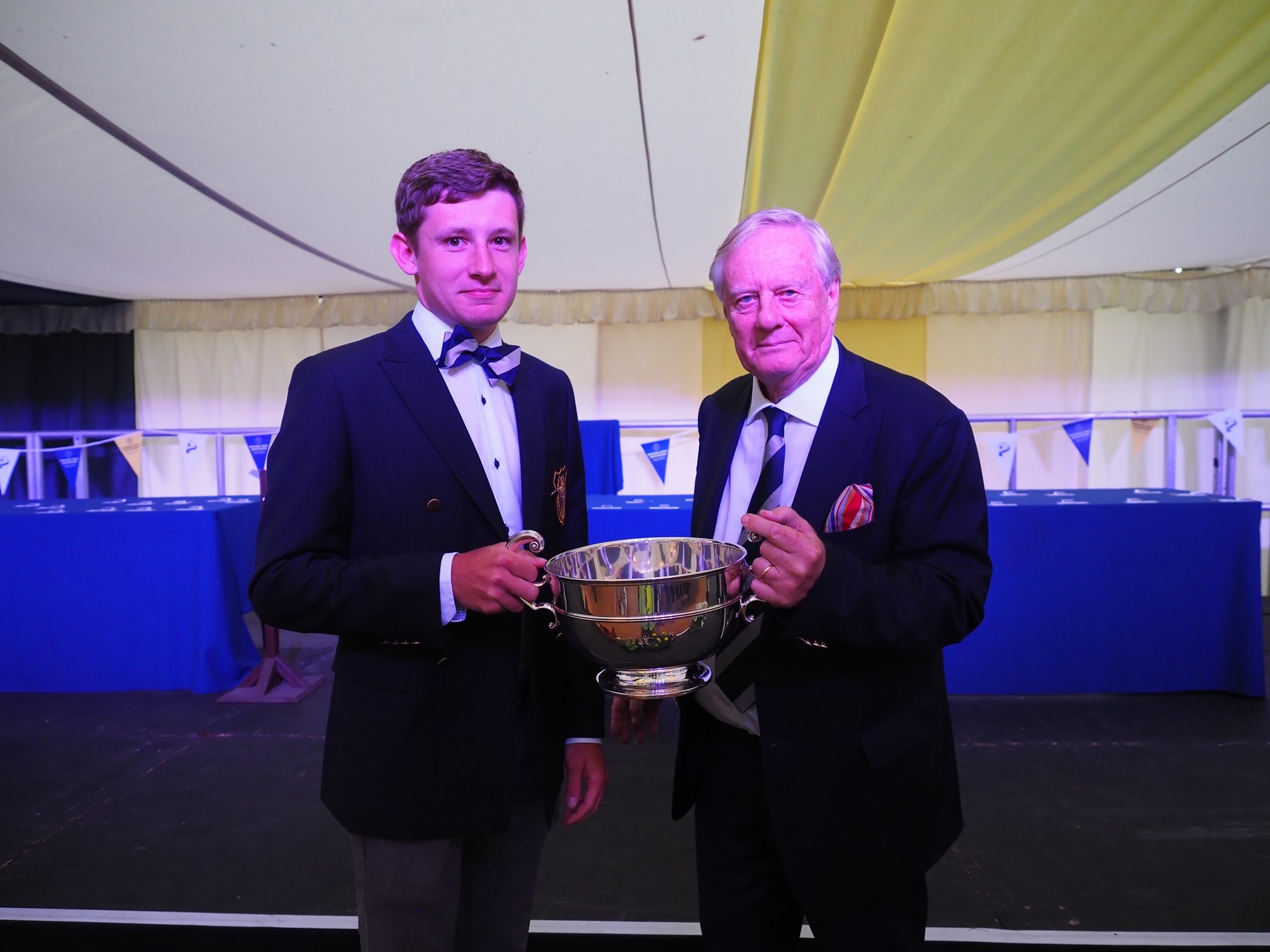 Russell Woodger receiving the Olle Beckett Memorial prize for best under-23 in the Grand. 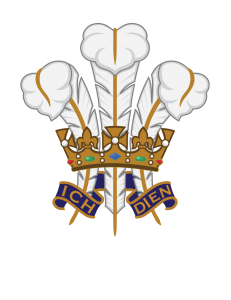